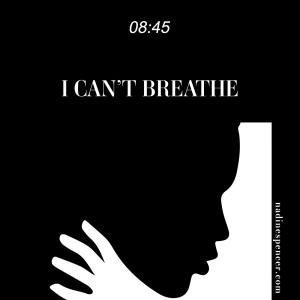 Over the past few days, I have had numerous people ask me why the US is currently suffering from such widespread civil unrest. Thousands in the US are asking the same question themselves, as they struggle to understand why their stores are being looted, landmarks are being burned, streets are overrun, and protestors are clashing violently with the authorities.

Ironically, many of these same people have spent the past three years excusing and even defending a president who is divisive, antagonistic, and authoritarian—who lacks empathy, and actively leverages bigotry and hateful rhetoric in an attempt to consolidate power. And to a large extent, they have excused this behavior for one reason—because he promised them prosperity.

The fundamental problem underlying the current crisis is that our entire political climate is built on a faulty premise. Despite what many people have been led to believe, true prosperity is not a zero sum game. Indeed, the idea that someone has to lose in order for someone else to gain is antithetical to a sustainable economic and societal model. It is a philosophy that is embraced by power-hungry autocrats who seek to increase their influence at the expense of others, driven by a need to assuage a spiritual and emotional brokenness that leaves them bereft of compassion for anyone—themselves included.

These “leaders” are so blinded by their own self-adulation—by their need to prove their own “strength” by trampling underfoot the very people they were elected to serve—that they fail to recognize the historical fact that inequity has always led to revolt. No matter how depraved or powerful, no despot has ever escaped the inevitable consequences of their actions, and there are two reasons for this.

First of all, and perhaps most importantly, humanity has demonstrated over the years that violence—whether physical or rhetorical—always begets more violence. War for peace is one of the great lies that would-be world conquerors have sold to their subjects since time immemorial, when in fact we have seen that what truly brings peace and reconciliation is non-violence, empathy, compassion, and love. One need only look back a few decades to see the effects of these attributes in true leaders such as Dr. Martin Luther King Jr., Nelson Mandela, and Mahatma Ghandi—cultural healers who brought people together for the good of humanity, rather than tearing them apart to support their own selfish interests. When their messages of unity are compared with the violent, divisive rhetoric that has dominated over the past few years, it is little wonder that we currently find ourselves in such a volatile situation.

The second reason is that, no matter how much wealth or power you accumulate—no matter how many walls you build around your country, your home, or your material belongings—if your prosperity is created at the expense of others, a quiet but inevitable desperation will form among the disenfranchised. This desperation percolates beneath the surface, sometimes for decades, until eventually a tipping point is reached. When the desperation becomes too great to bear, it eventually boils over—and at that point, it doesn’t matter how much money or influence you have, because no one is safe. This has always been the case and will always be the case, as long as gross inequity is allowed to dominate global, national, and local society.

The death of George Floyd at the hands of police officers last week was the catalyst that caused the social issues in the US to finally boil over into mass protests, and in some cases unfortunate violence. But in truth, the desperation fueling the protest and riots has been growing for some time. The COVID-19 pandemic and subsequent economic collapse of the middle class in North America had increased the strain on a broken social system, to the point where a single act of violence—in a world that is sadly full of acts of violence—was enough to set off civil unrest that has not been seen in North America since the assassination of Dr. King.

But what role does racism play in this equation? Like all forms of prejudice, racism is simply a tool of control—one that is used by those in positions of power to justify inequity. Humans are not inherently racist. Studies have shown that young children do not display prejudice against one another based on the color of their skin. Instead, racism is a learned response, one that is taught to us by our families, our peers, and ultimately society as a whole.

“Systemic racism” is the catchphrase of the moment, but in reality all racism is systemic. If it weren’t, it would be hugged and loved and educated out of us by our community before it could ever begin to take root and fester. Unfortunately, racism (and other forms of prejudice, such as sexism, classism, political divisiveness, and religious intolerance) is a powerful tool for distraction and dehumanization, used by those who are desperately trying to convince the world that there are those among us who are lesser—and that it is okay for them to suffer while others live in gross opulence. We are systematically desensitized to the humanity of others, and taught to hate those who are different so that power-hungry “leaders” can further their own agendas, without eliciting a critical response from those of us who should be standing up for the disenfranchised and downtrodden.

Obviously not all political leaders are overtly corrupt, and not all people who fail to see the inherent racism in our society are hateful, bad people. After all, the very nature of systemic racism is one that is largely invisible to those who have not been educated and freed from their spiritual shackles—shackles that have been imposed on them through generations of indoctrination. But that does not excuse their complicity in the maintenance of this broken system and the cultivation of prejudice. And it certainly does not protect them from the inevitable consequences of a society in which one group is elevated at the expense of another. Until all people are safe, none of us will know true safety. Until all people are prosperous, none of us will have real prosperity. Until we can set aside our prejudices and embrace each other as equals, none of us will enjoy genuine happiness on a foundational, spiritual level.

As the US burns under fires both literal and metaphorical, it is far too easy for us here in Canada to breathe a sigh of relief at the fact that we aren’t also in a state of civil unrest. But to do so is to ignore the fact that the same issues that are fueling the flames of desperation and anger in the US are also present here. The systemic racism that led to George Floyd’s death in Minneapolis also affects Canadians on a daily basis. It undermines the safety of minorities, disadvantages Black-owned businesses, and chips away at the confidence and self-worth of those people who are told—through the actions of government officials more interested in maintaining status and power than in advocating for equality—that they are of lesser value.

Another question that I have frequently been asked this week is “what is the solution to all of this?” This is not an easy question to answer, because there is no quick fix for what is currently happening. Just as a systemic disease cannot be cured by treating its symptoms, systemic racism cannot be fixed by slapping a Band-Aid over the latest outpouring of anger and desperation. We have seen 50 years of superficial symptom treatment, and that approach has gotten us nowhere. We are literally protesting the same inequalities and fighting the same fights that our grandparents fought in the 1960s. If we are to see real change, we must address the foundational issues that not only allow systemic racism to fester within our society, but actually encourage and facilitate it. Until our society can acknowledge and then cast off generations of pernicious indoctrination, we will be no closer to “fixing the problem” than we are now.

Political operative and unapologetically corrupt king-maker Roger Stone once said that hate is a more powerful motivator than love. I’d like to believe that the opposite is true—and that proving Stone is wrong is the first step toward healing our community.

Any cookies that may not be particularly necessary for the website to function and is used specifically to collect user personal data via analytics, ads, other embedded contents are termed as non-necessary cookies. It is mandatory to procure user consent prior to running these cookies on your website.